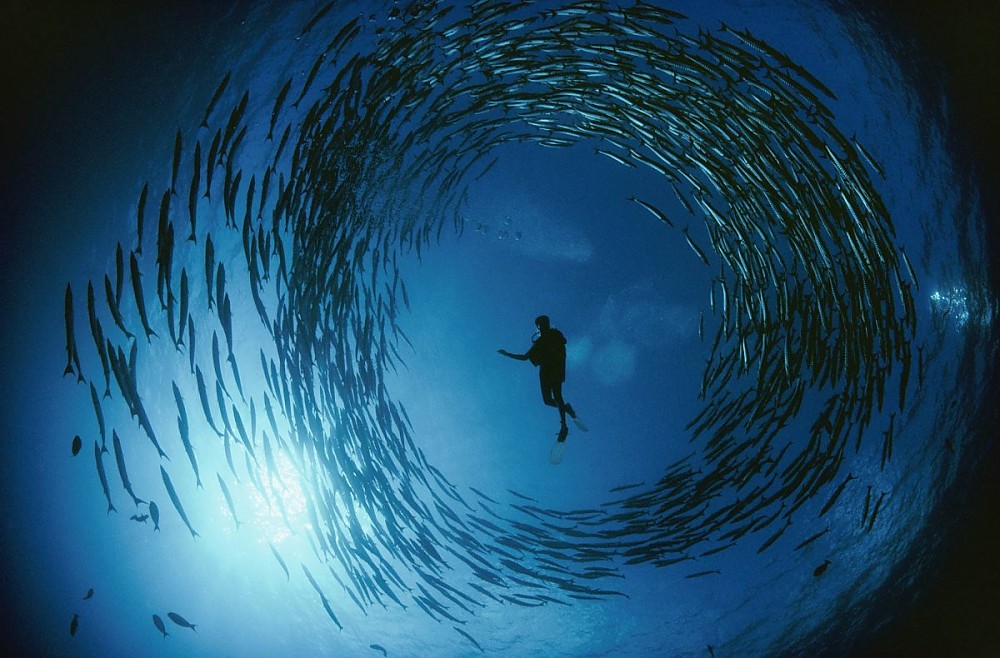 David Doubilet has a long and intimate vision into the sea. He began snorkeling at age 8 at summer camp in the Adirondack and by age 12 he was making pictures underwater using a Brownie Hawkeye camera stuffed into a rubber anesthesiologist bag. The bag filled with air and it was like trying to submerge the Hindenburg. The pictures were barely recognizable. David has long since mastered the techniques of working with water and light to become one of the world’s most celebrated underwater photographers and a contributing photographer for National Geographic Magazine where he has published nearly 70 stories since his first assignment in 1971.

David has spent five decades under the surface in the far corners of the world from interior Africa, remote tropical coral reefs, rich temperate seas and recent projects in the northern and southern ice.  David’s personal challenge is to create a visual voice for the world’s oceans and to connect people to the incredible beauty and silent devastation happening within the invisible world below.

David is a contributing editor for several publications and an author of 12 titles including the award wining Water Light Time. His photographic awards include numerous Picture of the Year, BBC Wildlife, Communication Arts and World Press awards. David is a member of the Academy of Achievement, Royal Photographic Society, International League of Conservation Photographers, International Diving Hall of Fame and a Trustee of the Shark Research Institute. David was named a National Geographic Contributing Photographer-in-Residence in 2001. He is honored to be a Rolex Ambassador and recipient of the prestigious Explorers Club Lowell Thomas Award and Lennart Nilsson Award for Scientific Photography.

David lives with his wife and photographic partner, Jennifer Hayes in Clayton, NY, a small river town in the Thousand Island region of the St. Lawrence River.

Jennifer Hayes is an aquatic biologist and photojournalist specializing in natural history and marine environments. Jen Hayes and David Doubilet collaborate as a photographic team above and below water on project development, story production, feature articles and books.

National Geographic assignments have taken them around the globe from Africa’s Okavango Delta, through tropical and temperate seas to the poles.  Recent projects have found them in the remote corners of the Great Barrier Reef, under oil and gas rigs in the Gulf of Mexico, swimming among congregations of 500-pound goliath grouper and submerged in the ice with harp seal mother and pups.

Jennifer’s passion for the study and conservation of primitive fishes lead to graduate degrees in zoology and marine biology. Her research has included shark exploitation and finning in the western North Atlantic and the life history and population dynamics of sturgeon species. Jen is a Trustee for the Shark Research Institute and a Fellow National member of the Explorers Club. 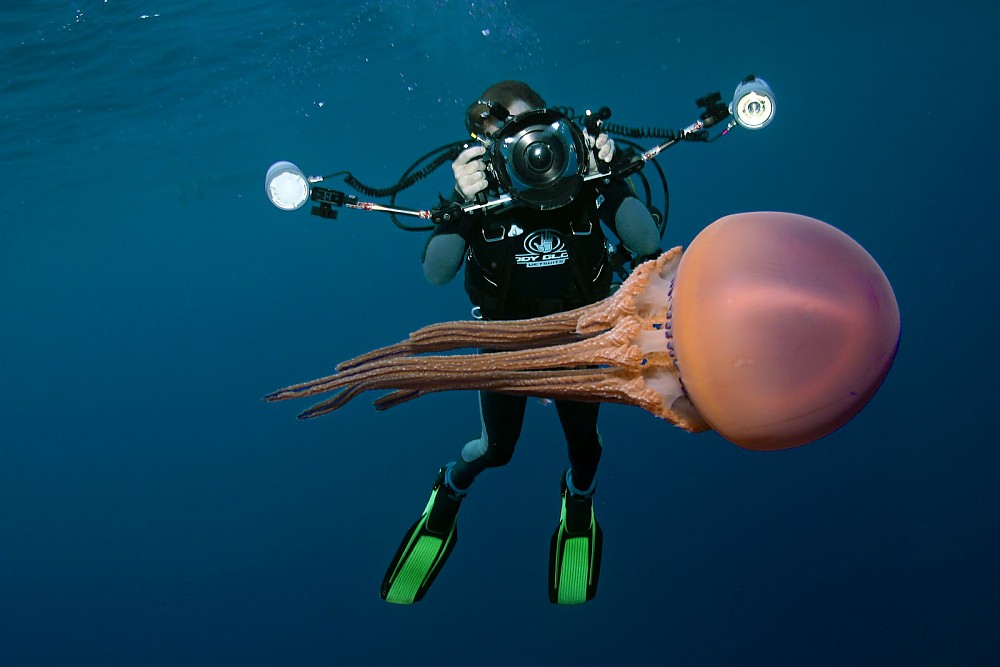